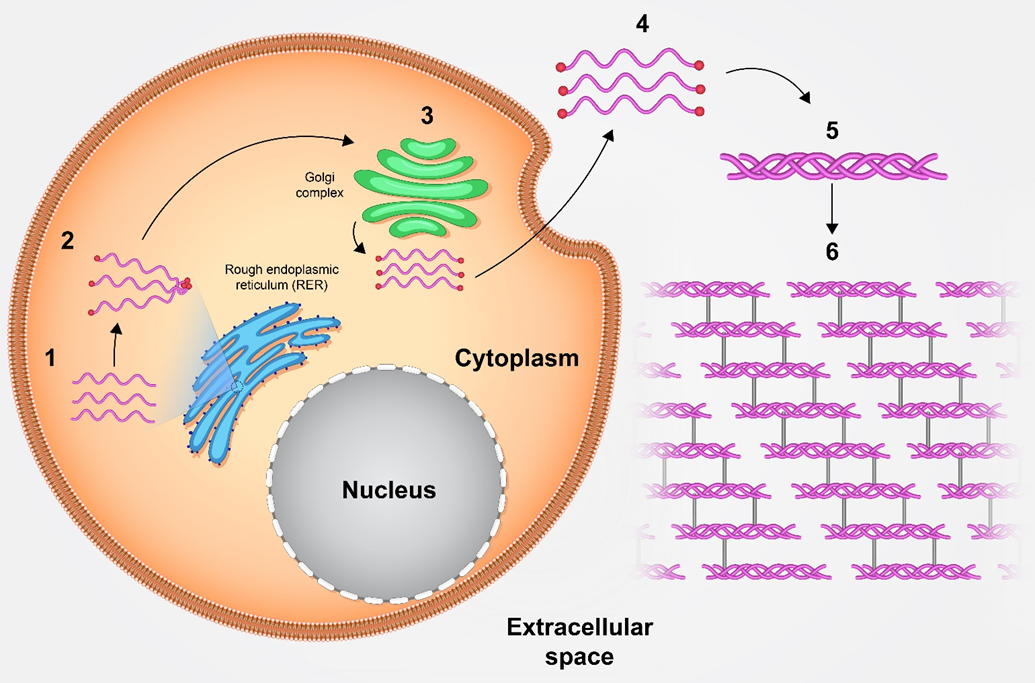 Aims and Scope
Founded in 2020, Medical hypothesis, discovery & innovation in optometry, is an international, open-access, double-blinded peer-reviewed, quarterly journal that considers publications related to optometry. The aim is to present a scientific medium of communication for researchers in the field of optometry. The journal is of interest to a broad audience of visual scientists and publishes original articles, reviews, case reports, and commentaries after a rigorous peer-review process. The journal is affiliated to and published by the "IVORC" (Registration File Number: 803630055), a registered non-profit corporation in Austin, Texas, United States. We provide English editing for papers as a complimentary free-of-charge service.

Background: Alcohol consumption is rising in developing countries such as India, and alcohol addiction has systemic and ocular impacts. This study aimed to investigate the binocular functions of chronic heavy alcoholics before and after alcohol detoxification.
Methods: A prospective before–after study was designed and conducted at Treda De-Addiction Centre, Bengaluru, India. Males in the age range of 30–40 years who had been alcohol addicts for more than six years and met the inclusion criteria were recruited. We performed a routine optometric examination followed by detailed binocular vision assessment, including accommodative, vergence, and oculomotor tests on the first day of rehabilitation and one month after initiation of rehabilitation.
Results: Twenty-five males with of the age (mean ± standard deviation [SD]) 36.24 ± 4.33 years were evaluated. The pre- and post-detoxification mean ± SD of the monocular (right eye: 5.98 ± 3.50, 6.60 ± 3.49; left eye: 6.18 ± 3.69, 7.10 ± 3.78) and binocular accommodative facility (7.10 ± 3.93, 7.40 ± 4.51) did not change significantly (all P > 0.05). Eighteen (72%) of the participants had non-strabismic binocular vision anomalies (NSBVA), among whom the accommodative infacility and convergence insufficiency were higher in frequency and remained constant after alcohol detoxification. Furthermore, the binocular vision parameters showed no statistically significant difference between the pre- and post-detoxification values (all P > 0.05).
Conclusions: The binocular vision parameters did not change significantly after one month of alcohol detoxification in the chronic heavy drinkers. Most long-term alcoholics had NSBVA with no change after rehabilitation, indicating that short-term alcohol detoxification may not aid in the recovery of binocular parameters. However, further validation is required. Assessing the impact of vision therapy in addition to a longer period of abstinence can confirm or refute the persistence of observed effects of chronic alcohol consumption on binocular functions and NSBVA in this population.

Background: The visual snow syndrome (VSS) is a rare disease characterized by persistent positive visual phenomena that are enigmatic and may be underestimated. It manifests as the perception of tiny, simultaneous, diffuse, and mobile dots frequently throughout the visual field. Although it affects brain networks, ocular examination is also indicated. This paper was aimed to review recent studies on VSS to identify the best clinical approach.
Methods: In this narrative review, PubMed/Medline, Directory of Open Access Journals, and Embase were searched using the following terms: “Visual snow”, “Persistent aura”, “Persistent positive visual phenomena”, “Visual aura”, “Migraine”, “TV static”, “Migraine aura status”, and “Visual disturbance”. We searched relevant publications from January 2014 to January 2021 to find the best clinical approach.
Results: VSS may be reconstituted as a distinct entity, although the symptoms may be consistent with typical migraine visual aura. For approximately two-thirds of patients, symptoms worsen and reduce their ability for activities of daily living. It often causes psychogenic detriment of the patient and their capacity to function socially and vocationally. Comprehensive history-taking and ocular examination are required to rule out other causes. However, all ocular and radiological findings may be normal.
Conclusions: VSS is a neuro-ophthalmic disorder characterized by continuous chronic and recurrent visual disturbances that involve the entire visual field and may respond to empiric antimigraine or anti-seizure treatments. It may reduce the ability for activities of daily living; therefore, proper diagnosis by eye care professionals is necessary to determine its diagnosis and management.

Background: Atopic dermatitis (AD) is a chronic pruritic inflammatory skin disorder of childhood with a broad spectrum of ocular manifestations, including keratoconjunctivitis, keratoconus, cataract, and rhegmatogenous retinal detachment (RRD). This study was aimed at reporting the visual outcomes in patients with bilateral cataract and RRD in the context of AD.
Methods: This was a retrospective, observational case series. A thorough history, clinical features, and surgical management of seven consecutive patients who presented to the Birmingham and Midland Eye Centre with bilateral cataract and RRD secondary to severe AD were investigated.
Results: Fourteen eyes of seven patients with AD were analyzed. Twelve of the 14 eyes had cataract (85.7%). Seven patients had anterior or posterior subcapsular cataract (58.3%); 13 of the 14 eyes had RRD (92.8%). Most cases were bilateral or simultaneous (85.7% and 71.4%, respectively). Eight eyes had involvement of the temporal quadrant (61.5%): three eyes had giant retinal tears (23%) and five eyes with proliferative vitreoretinopathy (38.5%). Three eyes underwent scleral buckle surgery with or without cryotherapy (21.4%), and eight eyes had PPV (57.1%) combined with other procedures. Two eyes (15.4%) had persistent RRD postoperatively. The latest recorded postoperative best-corrected distance visual acuity was 6/36 or better in 10 (71.4%) eyes.
Conclusions: Temporal RRD was commonly observed in retinal detachment secondary to AD. Surgical repair was often challenging because of proliferative vitreoretinopathy and significant cataract. A further multidisciplinary study involving dermatologists would be helpful in identifying a larger high-risk population for AD and earlier detection of asymptomatic retinal tears or holes, which would allow preventive treatment and limit sight-threatening complications.

Background: Acanthamoeba species can cause devastating contact lens (CL)-related microbial keratitis. Its culture is less sensitive, and little evidence is available for the safety or efficacy profile of medications. Therefore, early diagnosis and optimal treatment remain difficult. The aim of this study was to present the hypothesis that a novel chitosan-coated CL-based ophthalmic drug delivery system has therapeutic and prophylactic effects on acanthamoeba keratitis.
Hypothesis: CL-based drug delivery is a popular sustained-release drug delivery that extends the drug release time, thus increasing its bioavailability and treatment efficacy. Chitosan, a derivative of chitin, has antioxidant and broad-spectrum antimicrobial properties against fungi, yeasts, and bacteria. It acts against microbial cells; however, whether its mechanism of action is microbiostatic or microbicidal remains unknown. It exhibits wound healing and film-forming properties. Chitosan composite films permit high transmittance of visible light, making it transparent and therefore desirable for the development of CLs. Chitosan/Ag/ZnO blend films exhibit antimicrobial activities. Further, soft CLs coated with chitosan, sodium hyaluronate, polylysine hydrobromide, and sodium alginate show drug delivery properties and reduced bacterial growth. Recently, concentration-dependent anti-amoebic activities of chitosan and nano-chitosan against the trophozoite and cystic forms of Acanthamoeba have been reported. Based on the existing evidence, we hypothesized that a chitosan-coated CL-based ophthalmic drug delivery system could have therapeutic and prophylactic effects on acanthamoeba keratitis or subsequent endophthalmitis.
Conclusions:  CLs or intraocular implants with chitosan-based nanocoatings alone or in combination with routine treatment may be preventive or therapeutic for acanthamoeba keratitis or endophthalmitis. Experimental studies and further clinical trials are required to explore the efficacy and safety profile. Moreover, randomized controlled trials in healthy eyes with soft or hard CLs or orthokeratology lenses for refractive error correction may shed light on the prophylactic effect of this novel drug delivery system. Other forms of ophthalmic drug delivery systems using chitosan-based nanocoatings should be studied additionally.

Background: Most COVID-19 vaccines were authorized for emergency use. Despite a large number of vaccines that have been administered, adverse ocular effects have been reported. This paper summarized the reports about central serous chorioretinopathy (CSCR) following coronavirus disease vaccination.
Methods: In this short communication, we have included relevant publications about CSCR after coronavirus disease vaccination from the beginning of the pandemic until January 2022.
Results: The CSCR occurrence after vaccination has been reported for many years. However, a few studies are available about CSCR after coronavirus disease vaccination. Most cases revealed the development of CSCR within one week of vaccination that subsequently resolved.
Conclusions: The timeline of the CSCR diagnosis developing a few days after vaccination suggests a causative link. However, in view of the millions of administered doses of vaccines along with boosters, the causative link between CSCR and vaccines remains uncertain. Additional studies are needed to confirm a causal claim.